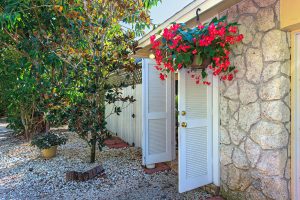 Matt was very efficient, professional, courteous and always available. He shared with us all the market research and, prior to its listing, made sure that we had all the necessary information for the potential buyers.

His description of the property was very accurate and it facilitated the sale. (It was the third showing that generated an offer, and the buyers were looking for a house that was exactly what he had described)!

Once sold, he helped guide us with various referrals that we would need for our move. It made the moving process so much easier and seamless.

We highly recommend Matt Klinowski as your real estate agent.

Jen Trammell – Advocate For His Clients

Throughout the buying and selling process, I have found Matt Klinowski to be an excellent partner and true advocate for his clients.

As a seller, Matt helped me maximize the value of my property and expertly saw the deal through to closing. He negotiated strongly on my behalf.

As a buyer, I experienced how Matt takes the time to get to know his clients personally and uses that information, along with his immense knowledge of the real estate market in Naples and the surrounding area, to find the best home for you. Matt worked with my busy schedule, even meeting up for showings over the lunch hour.

He was always responsive to phone calls, emails, and texts; he went out of his way to keep me updated on the latest developments with contracts. I valued his candid advice and eye toward resale value, but, most importantly, I appreciated how Matt was focused on finding the perfect property to meet my wants and needs — which is exactly what he did!

I have learned there are many stressors when it comes to buying and selling your home, and having a strong team makes all the difference. You definitely want Matt Klinowski on your team.

I chose Matt based on a recommendation from a friend. I was not disappointed in the service and attention that I received through the whole process. I started with Matt over a year ago with the thought of selling a house In New York and buying some property down here. It was a slow process on the New York side but Matt made himself available to me and answered all the questions that I had. He was involved as much as I wanted him to be until the New York situation worked out.

He provided me with listings in the areas that I was interested in and kept me updated on the market changes and did not pressure me or stretch the realities at all. When the house in NY was almost ready to go on the market we really started to take a more proactive approach and Matt was on top of everything as it came up.

He always answered my emails and phone calls and even anticipated things that he knew I would ask and was prepared with answers. If there was something he did not know, he would say so and get me answers right away. What really helped out is that he surrounded me with a team of professionals that made me feel like they were working just for me and had my best interests covered. Everything from the lender to the title search office was spot on. I believe this is due to Matt being particular with who he works with and only surrounds himself with people that work the way that he does.

Very thorough and professional! This home purchase was actually a foreclosure purchase and these things can get complicated very quickly. Matt handled each step and hurdle and kept the process going. He handled the negotiations and kept things in check. I believe I made the right choice by having him as my agent and I would recommend him to anyone buying or selling their home. He really goes the extra mile and makes the complicated experience go smoothly. If you are looking for an agent, don’t hesitate to use Matt, you will not be disappointed!

Matt is an excellent realtor. He takes the time to listen to you in order to get a good idea of the type of property you are looking, He works hard to find that property for you. I can’t say enough good things about him. He is honest and hard working. I have the utmost respect for him.

It had been a while since we bought or sold a house and we wanted to be sure we were working with a true professional.

What seemed complicated and highly detailed at first, ultimately turned out to be effortless thanks to Matt walking us through the process step by step. Matt’s explanation of what to expect beforehand and his “team” approach removed much of our stress.

After a thorough review of the market conditions we decided on a list price. We all agreed what we were asking and wanted was high, but Matt laid out a marketing strategy we thought would get the job done.

To our surprise Matt had our home under contract in less than 10 days. His plan not only accomplished the main goal of selling our home, but at a higher than expected price in much less time than we thought it would take. Matt is truly a professional who responded quickly to our questions and concerns. Going forward, Matt is really the only agent we’d consider working with and we highly recommend him.

“Hands down Matt Klinowski is the best real estate agent we have worked with. Very personable and professional. He is pleasant to work with, diligent in his service to his clients, and knowledgeable in every aspect of buying and selling a house. We cannot imagine how we would have succeeded in the sale and purchase of our new home without Matt’s responsiveness and guidance through the entire process. Many thanks for a great job!”

“In March of 2008 my wife, Mary Ann, and I visited Naples for the first time. We had always heard great things about the area and were intrigued to see it for ourselves. Our few days of rest and relaxation morphed into a “let’s take a look around” at available condos. Knowing that the real estate market in the area had been in a correction phase from years of ever-increasing prices we thought it might be a good time to buy in Naples.

Enter…Matt Klinowski…Agent, Downing Frye. Over the course of 2 days, Matt patiently educated us about all things Naples. He took the time to show us properties in many different locations throughout the greater-Naples area with the goal of making us aware of the many options, and pros and cons associated with each. More importantly, Matt was able to properly read our preferences and sort through our likes and dislikes as he continued to formulate a proper game-plan based on our feedback. No hard sell. No telling us what we should do. No frustration with our countless questions as we came up to speed. After a few days our stay in Naples came to an end and we headed back to cold N.Y. unable to pull the trigger on a property. Never did we sense from Matt that we wasted his time. In fact, quite the contrary. We truly enjoyed our time with Matt as we trudged around from community to community in search of the best fit.

Based on what Matt had learned about us from our time together he was able to assemble a list of properties that matched our likes and needs. After one more daytrip to Naples and spending the better part of a day viewing condos with Matt we were able to make a decision to purchase. Matt had been able to find the place that perfectly fit our needs. After a bit of negotiation, most of it done by Matt on our behalf, we came to an agreement and closed on our condo in May of 2008. We were extremely happy with the outcome, but even more impressed by just how easy the process was for us. Never once did we have a concern that things were not proceeding according to plan. For that, we have Matt Klinowski to thank. Matt saw to every detail and went above and beyond to assure that we were properly represented and protected as buyers.

Matt provided to us service with a smile on top of a true professionalism throughout the entire process. We consider ourselves very lucky to have chosen Matt to assist us in our search.”

My wife and I have spent much of this spring looking for a condo in the Naples area. We have worked with one of your realtors – Matt Klinowski – and I wanted to give you some feedback on his performance.

What struck me most about Matt is that he wouldn’t sell me a condo.

Let me explain. Early this year, after spending a month working with Matt to find a bundled condo, we made an unsuccessful offer on one in the Foxfire development. We then decided to make a second offer on one in Glen Eagle. It was in poor shape (as discovered by the inspector Matt had lined us up with) and needed several thousands in fix-up. Negotiating through Matt we tried to get the repairs covered by the owner but were not successful.

At that point I told Matt to heck with it, that since we were tired of looking at condos we would cover the repair costs ourselves and for Matt to go ahead and confirm out offer to the sellers without the repairs paid for by them.

Now, you need to understand that we had put Matt through a great deal getting to this point: lots of showings,lots of re-showings, lots of information demands on Naples, the golf courses available, etc.

So just when Matt had his buyer lined up with a property he was qualified for and had agreed to buy, he said. “Dave, I’ll do what you tell me to but I don’t think you should make that offer. There are better deals in Naples than this one.”

I did not make the offer but instead went back to Naples and put Matt to work some more. Three weeks later we had a contract on a significantly better condo in Naples Heritage at a great price. We closed and moved in last week.

Matt was supremely professional throughout our process. He was responsive, knowledgeable and listened to what we wanted. But when he put his certain commission at risk in order to serve our needs better, he really won us over.

He is a great credit to your organization.

“Matt was in for a big job when he signed on to being my realtor. I was conducting a house search remotely from Colorado by way of my mother who lives in Naples. Not only did he have to coordinate with me and my taste, but also with my mother and her time schedule. Matt was a paragon of patience and help during a rather long and involved house search, inspection, and closing. The proof of his abilities is how much I am enjoying my new home. It was a great pleasure working with Matt and I recommend him to everyone!” 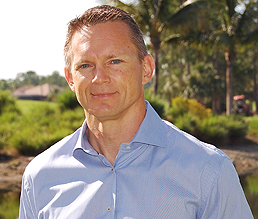